The recent paleontoIogical discovery made in the Sebeş area, represents the most compIete European predator dinosaur skeleton, dating from the late Cretaceous. The roughly 70 miIIion years old fossiI belongs to a new theropod species named Balaur bondoc (meaning ’’stocky dragon”) and was discovered in 2009 by the geoIogist-paleontoIogist Matyas Vremir, from the Transylvanian Museum Society from Cluj.

The fossiIs were donated by the discoverer to the Transylvanian Museum Society in Cluj (EME) in order to rebuiId the society’s once famous paleontoIogical coIIection.
The skeleton is preserved in a proportion of approx. 75%, showing a series of very particuIar anatomical characters, being a dose relative of the welI known late Cretaceous MongoIian Velociraptor.

It was characterized by a robust body-constitution, very powerfuII hind-Iimbs also rather graciIe and elongated feathered forelimbs. Some of the most pecuIiar features are the wide and posteriorly oriented pelvis, two-fingered elongated forelimbs, and particuIarly the four functional-toed and double dawed hind limbs. Anatomical and morpho-functional characteristics suggest an attack style based on ambush tactics.

The size/Iength of the animal was around 1,8-2,0 m, and its pray probably induded the so-calIed ’’dwarf” herbivorous dinosaurs (Zalmoxes, Telmatosaurus, Struthiosaurus) of roughly double size (3-4 m in length). This predator-pray body proportion was more unfavorable in the case of the Asian or American raptors because they rarely exceeds one fìfth of their pray. The young”stocky dragon”died accidentalIy during a heavy monsoonal flood, and its carcass was transported and buried relatively fast on the red flood-pIain mud.
The scientists who contributed to describe and characterize thîs pecuIiar dinosaur (ZoItán Csiki - Bucharest University, FacuIty of Geophysics and GeoIogy, Mátyás Vremir - Transylvanian Museum Society, Cluj, Stephen Brusatte - CoIumbia University, New York and Mark NorelI - curator of the PaleontoIogica departament of the American Museum of Natural History, New York) brought arguments in favour of active faunal interchanges between the late Cretaceous European and Asian-American landmasses.

The first partial skeleton was discovered in September 2009 in Romania, approximately 2.5 kilometers north of Sebeș, along the Sebeș river in the Sebeș Formation dating from the early Maastrichtian, and was given the preliminary field number SbG/A-Sk1. Later it received the holotype inventory number EME VP.313. The discovery was made by the geologist and paleontologist Mátyás Vremir of the Transylvanian Museum Society of Cluj Napoca who sent them for analysis to Zoltán Csiki of the University of Bucharest.[8] The findings were described on August 31, 2010, in the Proceedings of the National Academy of Sciences.[4] The 1997 specimens indicate an individual about 45% longer than the holotype; they were also found in a younger stratum.

Name
The generic name Balaur is from the Romanian word for a dragon of Romanian folklore, while the specific epithet bondoc (pronounced like "boned oak", meaning "a squat, chubby individual") refers to the small, robust shape of the animal. As the balaur is a winged dragon, the name additionally hints at the close relation of Balaur to the birds within Panaves. Bondoc was chosen by the discoverers also because it is derived from the Turkish bunduk, "small ball", thus alluding to the probable Asian origin of the ancestors of Balaur.
Dimensions 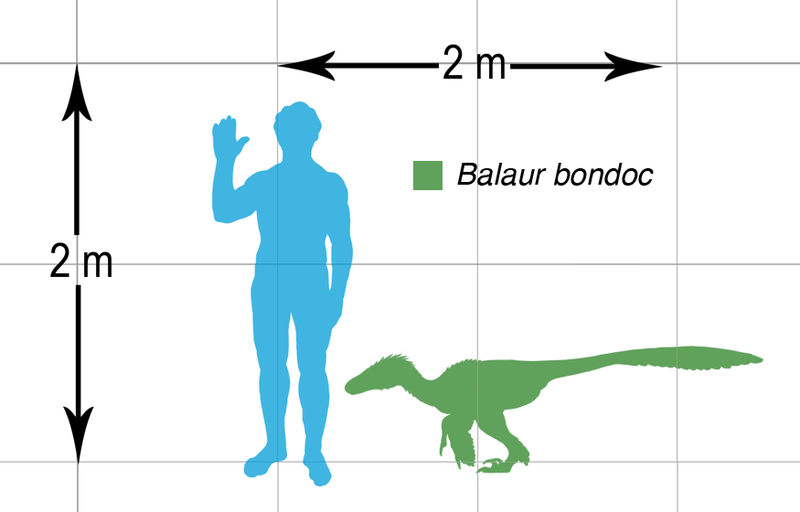 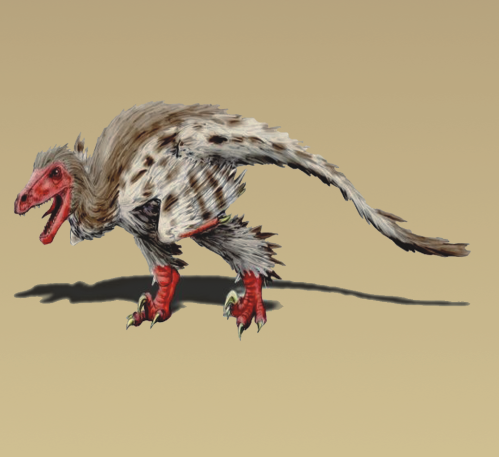